Advanced Film Solutions has earned our spot on the Top Dealer List, 2022 as documented by Window Film Magazine in their most recent issue. 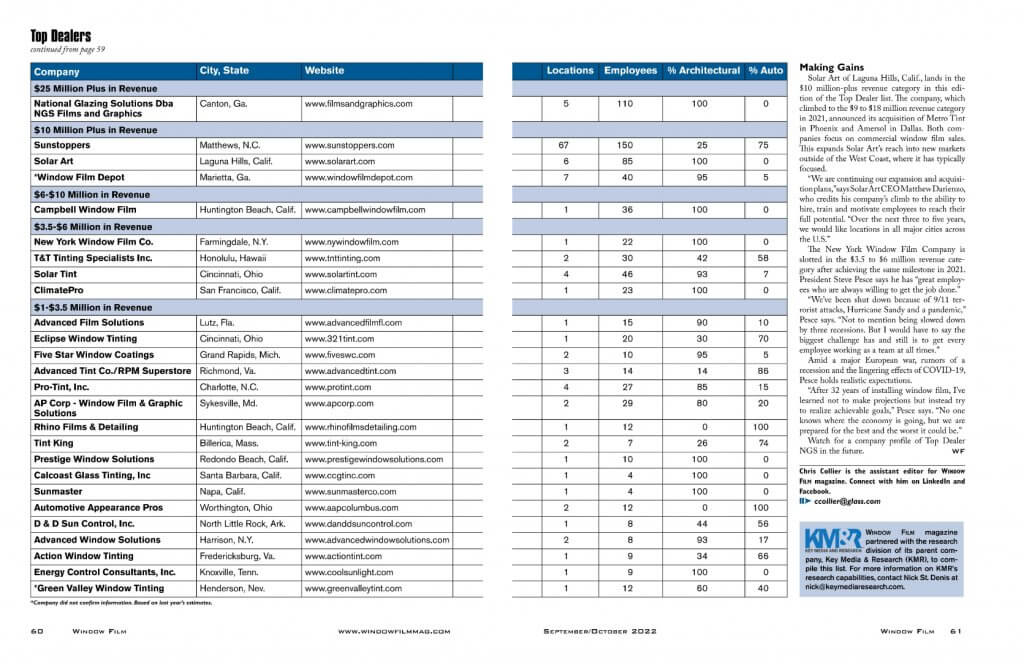 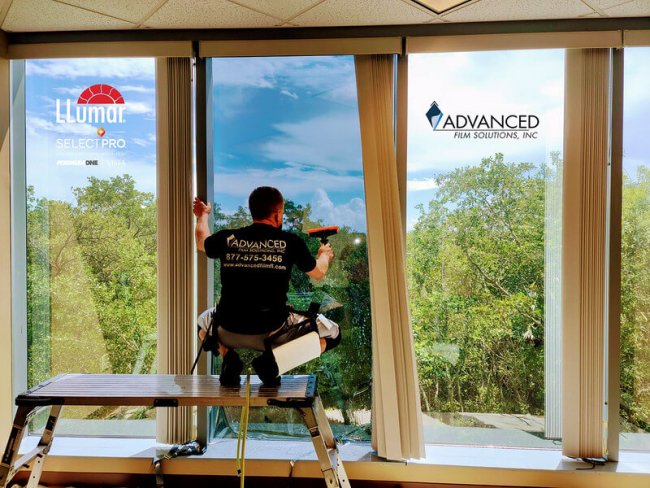 Founded in 2007 by Mike Feldman the former National Sales Manager of 3M Window Film, Advanced Film Solutions has built an impressive team of experts in window film application and technology. The team at Advanced Film Solutions has completed more than 25,000 installations that includes the Tampa public school system (K-12), Sarasota International Airport and homes throughout the greater Tampa region, Sarasota, Orlando and north to the Villages.

Advanced Film Solutions is the only Florida based window film company to achieve this status.

“I think much of our competition walks into a sales call and starts spew­ing window film information at their prospective customer, without taking the time to ask questions and truly find out the answer to the question, ‘Why am I here?”‘ says Adam Feldman, vice president of Advanced Film Solutions in Lutz, Fla. “Armed with the answers to some key questions, we become the prospect’s ‘smart friend’ rather than salesperson, and we end up providing a solution to our customer’s problem rather than simply selling window tint.” The 2020, LLumar SelectPro National Dealer of the Year Advanced Film Solutions has displayed persever­ance by overcoming several challenges.

“Some of the product backorders and shortages over the past couple of years have been an annoyance,” Feldman says. “[But] the fact that there appears to be a shortage of new people desiring to enter the trade while existing install­ers are ‘aging out’ poses a constant issue in getting the material installed.” Despite speedbumps, Advanced Film Solutions maintains momentum and sits in the $1 to $3.5 million revenue category after accomplishing the same feat a year prior. As success becomes constant, Feldman looks forward to building further-in person.

“We are excited to attend the upcoming San Antonio Window Film Conference and Tint-Off [WFCT], manufacturer’s dealer meetings, SEMA and other social opportunities that we have been deprived of since 2020,” Feldman adds. “You can have a tenden­cy to feel like you’re on an island as a window tinting company, and oppor­tunities to attend things of this nature make you feel more like you are a part of a larger industry.” Advanced Film Solutions encourages you to get a free estimate by contacting our customer service team at: